In an interesting case, a builder dragged 59 of his homebuyers to the Maharashtra Real Estate Regulatory Authority (MahaRERA) and asked the authority to direct them to either execute the registered agreement for sale in respect to their bookings or to cancel the bookings. Usually, it's a home buyer who runs behind the developer for executing the agreement. In this case, it is just the opposite and the reason behind this is the fear of being penalised. As per RERA, a developer after accepting the booking amount of 10 per cent and more has to register an agreement or will be penalised by MahaRERA. 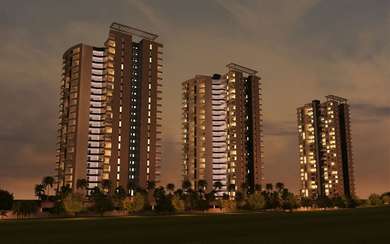 The complaint was filed by Twinstar Infrastructure, a Pune-based promoter, constructing a building named Vastu Imperial. During the hearing, the complainant argued that the respondents were investors and in the year 2013, they booked 2/3 bhk flats in the project through an ex-partner of the complainant. He further stated that they had all paid 25 to 30 per cent of the booking amount.

The respondents also executed two MoUs with the complainant and agreed for slab wise payment. However, because of non-payment of outstanding dues by respondents, the project got stuck and the construction work stopped. He further alleged that since 2013, the respondents were neither coming forward for registration of the agreement nor cancelled their bookings.

Adv Shirish Deshpande, Chairman, Mumbai Grahak Panchayat, said, that this is an interesting case, where the developer is running after the home buyers for registering the agreement. "There is a provision in RERA to impose a penalty on the developer if he doesn't execute the agreement. RERA also allows a developer to file a complaint against allottees. Once the agreement is registered, the developer will get the further payments. Source – DNA