Residents of a 31-storey tower in Goregaon East have sought intervention from the housing regulator Maharashtra Real Estate Regulatory Authority in their dispute with VGS Realty Construction Pvt Ltd, a group company of Omkar Developers, alleging that the developer had washed its hands off the project without providing promised amenities and completing it. 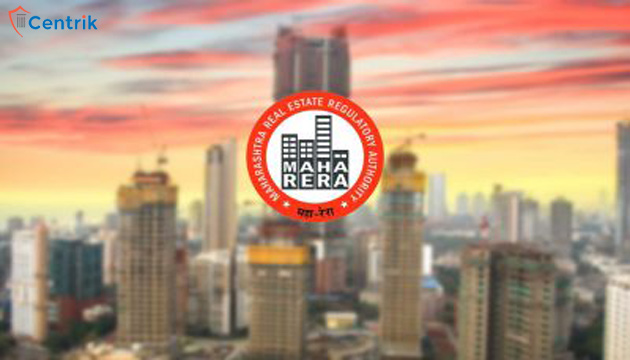 Residents of Omkar Ananta, the sale component of an SRA project, have alleged that the developer marketed the project with a long list of amenities, including a double heighted entrance lobby, a jogging track, a swimming pool, landscaped garden, a health and fitness centre, children’s play area, and an accutherapy walkway, but none have been forthcoming even though they have made 100 per cent payment while taking the fit-out possession in 2017.

Located on top of a rocky hillock, Omkar Ananta was proposed as a 31-storey project consisting A, B and C wings. The proposed layout of the project was such that A and C wings were in the same building, while the proposed B wing was a separate structure, with all the amenities shown located between these two structures. Residents were given fit-out possession October 2017 onwards, but they say there is no sign of the developer starting work on the proposed B wing yet. Slums continue to occupy the plot meant for B wing, depriving them of all the amenities.

“We were shown fancy brochures promising all amenities, and we were not even allowed to see our flats till they took 100 per cent payments from us and signed fit-out possession papers. After taking possession, we have realised there are a lot of issues in internal fittings. Moreover, the developer is launching new projects, but they are non-committal on when we will get these amenities. The management has not been taking any calls,” said Srikrishna Mohanta, who lives in Flat C 1104.

“There is no BMC water connection. The developer has been supplying four tankers a day. Piped gas line has not been given yet. There is not enough parking for all of us. There is no power back-up for the elevators and fire safety equipment have not been installed properly. There is just one entry/exit entrance to the building, and there is no room for fire engines to come up in case of a fire. We wonder how the SRA granted Occupancy Certificate to the project with these basic things missing,” said another resident, Urmila Singh, who lives in flat A 202.

“After completing Phase I, we could not commence Phase II and B wing was to be developed in Phase II. However, the real estate sector scenario has turned so grim. There is a slump in the market. Moreover, the liquidity scenario has worsened due to NBFC [non-banking financial institution] crisis. But, we will soon complete B wing and residents will get all the amenities, but we are unable to give an approximate or exact timeline as of now due to the market scenario,” said Dhuppar, who recently joined the construction company for a second stint.

He said the compliances for getting BMC water connection are at an advanced stage. Responding to the fire safety lacuna and complaints about no power back up for elevators, he said: “Without the fire safety compliances, we would not have got an OC in the first place. The lifts are fitted with Auto Rescue Devices, which are mandatory in elevators, and in case of power failure, the lift will travel to the nearest floor and the doors will open automatically. Generators for back-up are not essential as per fire norms, but yes, we want to install them soon so that the lifts work smoothly even if there is power failure.”